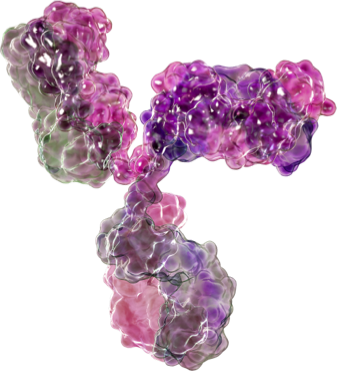 Atacicept is a recombinant fusion protein that contains the soluble TACI receptor that binds to the cytokines BLyS and APRIL. These cytokines are members of the tumor necrosis factor family that promote B-cell survival and autoantibody production associated with certain autoimmune diseases such as IgA Nephropathy (IgAN) and lupus nephritis (LN). Blocking these cytokines with atacicept has been shown in clinical trials to reduce disease causing antibodies.

Vera holds an exclusive worldwide license for the development and commercialization of atacicept in all indications from Merck KGaA, Darmstadt, Germany, a leading science and technology company.

IgAN, also known as Berger’s disease, is an autoimmune disease driven by the deposition of abnormal immune complexes that accumulate in the kidneys, causing inflammatory tissue damage and kidney failure.

LN is a severe renal manifestation of systemic lupus erythematosus (SLE). SLE is a chronic and disabling autoimmune disease in which the body’s own immune system attacks itself. When LN is diagnosed in a patient, mortality risk dramatically increases.

IgAN is a rare but devastating disease and is a common cause of kidney disease, behind chronic hypertension and diabetes.

Up to 50% of IgAN patients progress to end-stage renal disease, requiring dialysis or kidney transplant.

There is a high unmet medical need for safe and effective new medications to treat IgAN.